Asaf Xanex Started his way in the trance scene in Israel at early age, partying and producing club events and big festivals with his productions such as : Lala production , Global Warming , BWB , High Light , Children of the sun , Tsunami , Nirvana (tip festival) and by splitting in two, he is djing in main events around the world ! his special color became well known creating elevating sets, with Tight ,new, cutting edge style of trance music. Asaf Xanex is also half of the 'Cosa Nostra' project together with Nir Psyro. They have released their first ep on Nutek records and the next one is almost ready ! Xanex compilation ”I-Party” had a great success constructing a great dance floor experience including well known artists with both progrresive and full on trance. The work has just began, stay tuned ! For more info follow Xanex on facebook 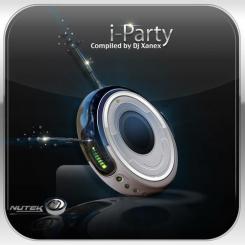